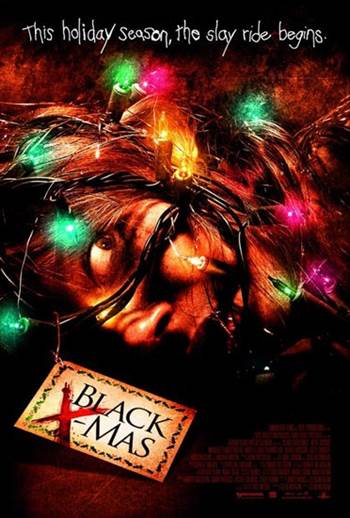 I watched the original film for the first time not too long ago and really enjoyed it. I saw the 2006 installment right when it came out but couldn’t really remember it. I’m very into horror films though so I decided it was time for a rewatch to see if this could be more enjoyable the second time around. I do like horror movies revolving around a holiday, it doesn’t happen that often but it really should.

This film is a loose remake of the original, that takes place in a sorority house. The film follows a group of girls who are being hunted down by a yellow skinned killer named Billy Lenz. He is a murdered who broke out of prison and is looking for his sister at the same house the girls currently inhabit. The film becomes a slasher film where the body count increases while the blood is splattered everywhere.

The film is very violent. Eyes get gauged out, heads get pierced, multiple stabbing occurs, heads roll, its all very bloody. Its not very holiday friendly but who the hell cares. If you are squeamish during these types of films, this won’t be for you. The story isn’t really exactly strong, there aren’t any really scary moments, nor is the end something groundbreaking or unpredictable. The film follows conventional horror tropes and norms when you really get past the ultra violent nature.

Overall, its a throwaway film and not really anything you’ll be visiting during Christmas or Halloween for that matter. The film does offer a nice cast of pretty ladies (loving me some Mary Elizabeth Winstead) and good violence. Its predictable and generic but you get some bloody fun out of it, which is the intention of this film. No need to compare to the original, let it stand on its own.